Share a memory
Obituary & Services
Tribute Wall
Read more about the life story of Mabel and share your memory.

MABEL JACKSON FULLER, was born February 13, 1941 in Cambridge, Maryland to the late Helen and George Saunders. She received her wings November 7, 2022. Mabel attended Baltimore City Public Schools. At an early age she professed her faith in Jesus Christ. She grew up being a hard worker at everything she put her hands to do.

Mabel known as May to some, was a loving person with a quiet spirit. She had open arms for anyone as long as there wasn't any foolishness and she made it clear to you. Don't think of her as gone away, her journey has just began, life holds so many facet this earth is only one. Just think of her as resting from the sorrows and the tears, in a place of warmth and comfort where there are no days and years, also think of her as living in the hearts of those she touched for nothing is ever lost and she was loved so much.

Her beautiful life will be forever cherished in the lives of her children; Curtis Fuller, William Fuller, Michael Fuller and preceded in death by Tyrone Fuller and Deborah Fuller, she also leaves 23 grandkids, 32 great grandchildren, 1 great great grandson, Sean Spencer; one sister, Marion Jackson; she was preceded by 11 siblings and a host of nieces, nephews and friends.

To send flowers to the family or plant a tree in memory of Mabel J Fuller, please visit our floral store.

Video is available for this event 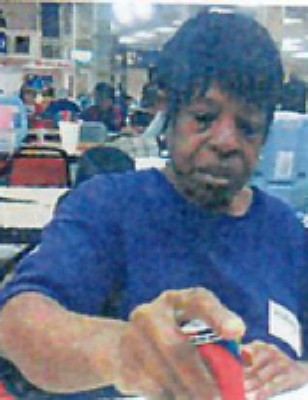