Share a memory
Obituary & Services
Tribute Wall
Read more about the life story of Janet and share your memory.

Janet Lee Elliott, daughter of the late, Jerome and Rachel Berryman was born on March 18, 1962 in Baltimore, Maryland. She departed this life on November 15, 2022 after a battle with cancer she fought her battle hard and strong all the way to the end.

Janet was a devoted mother to her one and only son. She was a loving person who adored her grandchildren. She enjoyed listening to music with family and friends, eating crabs, shopping at Eastpoint and Mondawmin Mall, talking on the phone and video “If there was a phone that came out she got it”. As long as she was around her family and friends, she was happy! That’s what she enjoyed. A lot of her weekends was spent with her son and grand babies.

She received her education in the Baltimore City Public School system. She was a very hard worker no matter how big or small the jobs were. Janet later spent over 30 years employed at Johns Hopkin School of Hygiene. She was forced into early retirement due to her illness. That still didn't stop her. She attended Lifegate chapel in Glen Burnie, MD under the leadership of Pastor John Abudy.

To send flowers to the family or plant a tree in memory of Janet L Elliott, please visit our floral store. 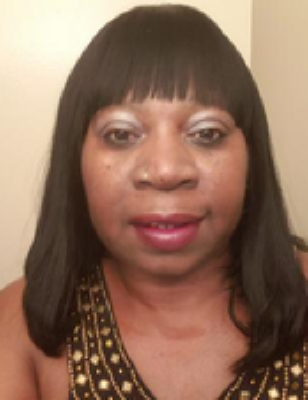