Share a memory
Obituary & Services
Tribute Wall
Read more about the life story of Bertha and share your memory.

Bertha Mae Grimes was born on September 1, 1925 in Nash County NC to the late Fred and Henrietta Hunter. The Lord called her home on November 10, 2022. Bertha was one of 12 children and was preceded in death by 8 of her siblings, Jessie Mae, James, Eula, Wilbert, Joyce, Betty, Doretha and Geraldine.

After attending public school in Nash County, she united in marriage to the love of her life, the late Richard Grimes Sr. on February 2, 1946. After moving to Baltimore, Md four children was born from this union.

Bertha was baptized at an early age. After which she joined United Baptist Church under the late Rev. Vanderford, later in the years she moved her membership to the Northeast Baptist Church under the lateRev. Dennis Barrow, years pass joined Garden of Prayer Christian Center under the late Apostle Melvin B. Tuggle II.  Finally, the lord moved on her heart to join her son Bishop Richard Grimes Jr. at the New Christian Baptist Fellowship Church, which she became the mother of the church and loved by all.

Bertha was affectionately known by family and friends as “Mom, Grandma, Granny, Aunt Bert, Mrs. Grimes, Sister Grimes and Mother Grimes. She loved having picnics and family gathering at Druid Hill and Clifton Park, playing with her children and grandchildren. She was known for her potato salad and home-made sweet tea. She listened to spiritual songs with Pauline Well Lewis aka (Aunt Pauline) and Mary Clayburn aka (Mary C).

To send flowers to the family or plant a tree in memory of Bertha M Grimes, please visit our floral store. 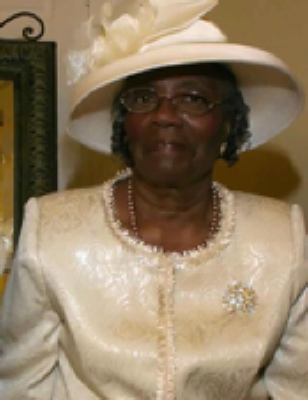